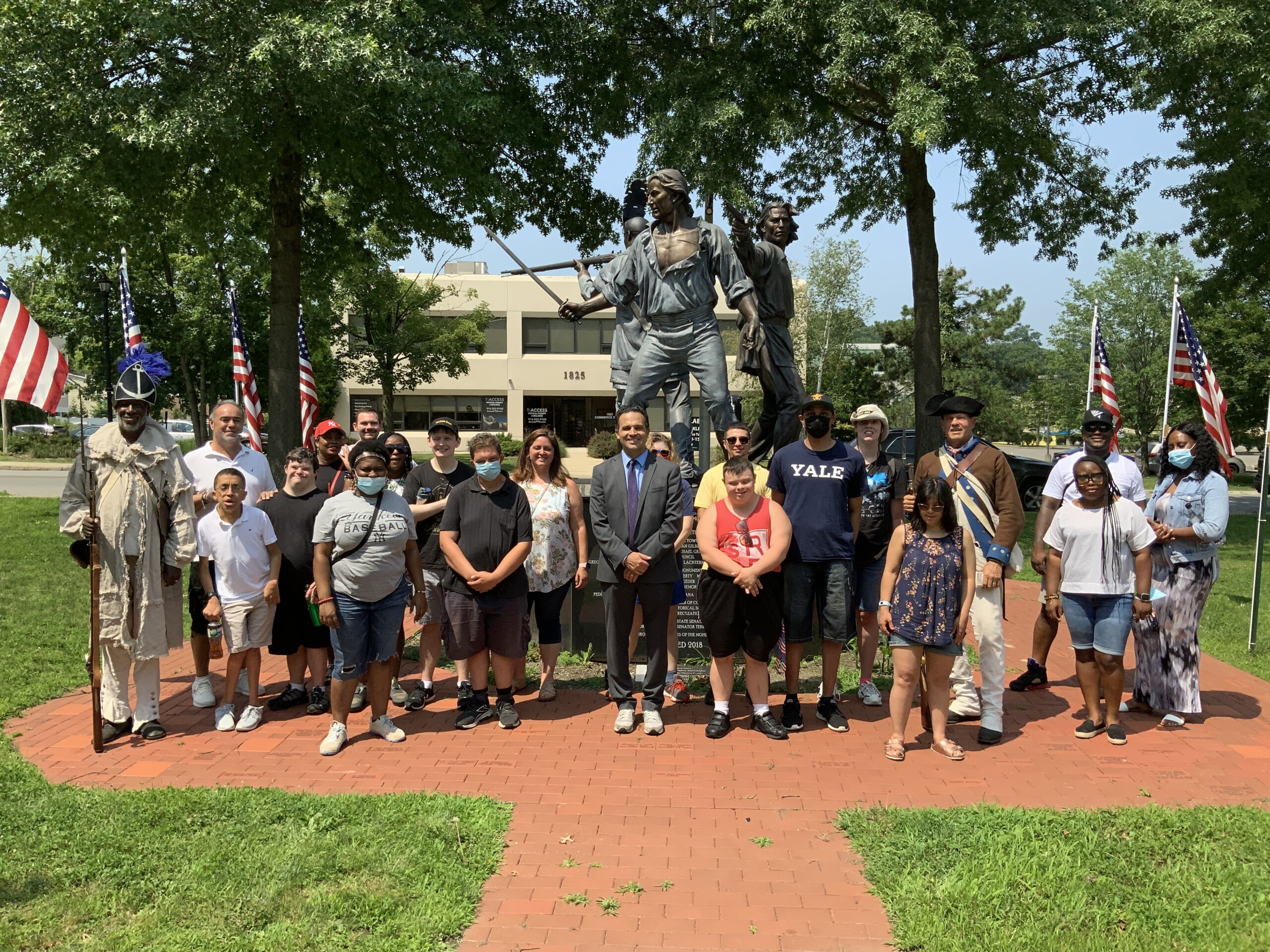 On Friday July 16th, members of The Arc Westchester’s Choices program visited Yorktown, for a special living-history presentation about The Battle of Pines Bridge, which took place during the Revolutionary War.

Colonel Christopher Greene was in charge of the 200 men of the First Rhode Island regiment, mostly made up of soldiers of African-American, American Indian, and European descent — making it one of the most diverse regiments in the entire War for Independence! The unit came under attack by British loyalist troops on May, 14, 1781, at the Pines Bridge crossing of the Croton River. In 2018 the town of Yorktown unieveld the beautiful Pines Bridge monument on the 238th anniversary of the battle.

Members of the Living History Foundation told the story of the battle, the fate of the american heroes who made up the regiment, and demonstrated what life was like for a soldier in the continental army – while dressed in full military uniform! In addition, participants’ got to see a live Revolutionary War musket be fired, and were even “paid” in continental money for being a fantastic and respectful audience.

A special moment was also shared when Patrick, a participant at The Arc Westchester, got a chance to dress up in colonial garb himself! Patrick’s family has deep roots in American history, with his family being able to trace their lineage all the way back to the early days of the 13 colonies. Members of his family even fought in the revolutionary war.

The collaboration started when Yorktown Police Benevolent Association member and retired police officer Mike Kahn reached out to Todd Bazzini, Director of Volunteer Services and Fund Development and Community Development Specialist Teresa Lombardi. Soon he began virtually volunteering with The Arc Westchester, during the height of the COVID-19 Pandemic. Throughout much of last year, Mr. Kahn lead history lessons through ZOOM, teaching participants in our Choices program about various aspects of American history.

The Arc Westchester would like to thank the Town of Yorktown, The Yorktown Chamber of Commerce, Yorktown PBA and the Living History Foundation for an incredible experience and fun day!