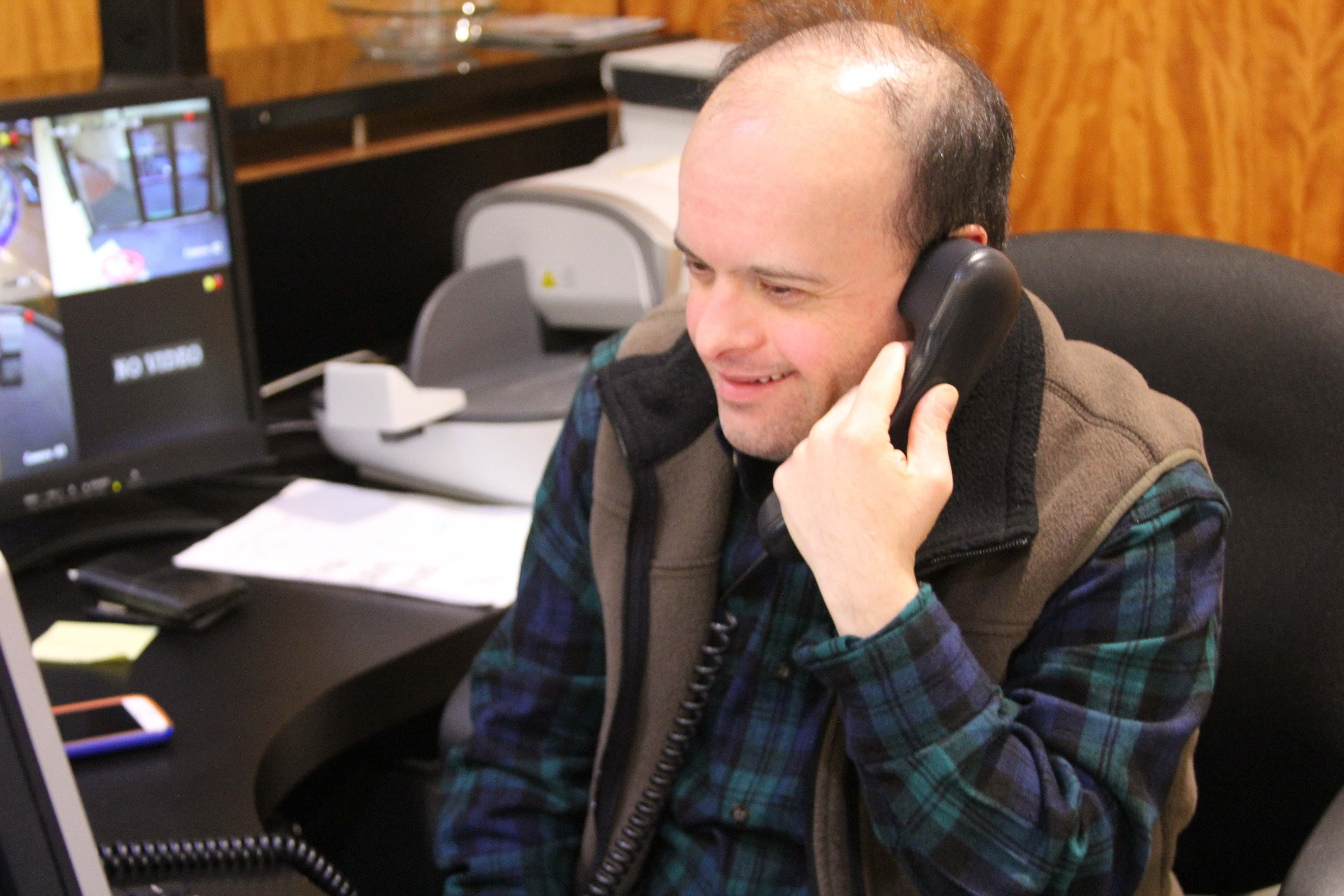 Efficiency and Focus Help Brian Succeed at His Two Jobs

A supportive job coach and unbreakable spirit have played important roles in Brian Mehra’s success. He maintains two jobs – one at Cortlandt Town Hall and the other at The Arc Westchester’s Hawthorne headquarters – with a smile on his face and a great sense of humor.

Brian has become a jack-of-all-trades at both of his jobs. From mail delivery and envelope stuffing, to paper shredding and setting up raffles, Brian works hard to complete his tasks both accurately and efficiently. His positive attitude and friendliness have helped him seamlessly integrate into the workplaces of both his employers, and it’s rare to find a co-worker who doesn’t know Brian.

Brian’s job coach noted that he often learns from Brian, who is eager to train him on the tasks that he has mastered. “We should all be so lucky to have a Brian working in our office,” they noted.

Since Brian has become so efficient in both of his roles, his job coach is working with him to find more advanced tasks that will help him build new skills. And, this wasn’t his coach’s idea – it was Brian’s. He advocated for himself, insisting he could learn new office skills and wanted to challenge himself.

We are proud of Brian for being a strong self-advocate in the workplace and for bringing an admirable spirit and work ethic to both of his jobs. We are honored to count him among our Anthony Cannata Memorial Employee Award recipients.